Our home base for our visit to Normandy was the town of Bayeux. It was the perfect base, but I’m so glad that we also took a day trip to Honfleur while we were in the area!

Honfleur dazzles. I’m not the only one who believes this. In fact, I am in good company with many of the Impressionist painters who were also smitten by this pretty little river meets sea harbor town located in Normandy, France.

We visited on a breezy day, blue skies were scattered with fluffy white clouds. It was a perfect sightseeing day.

The heart of Honfleur is it’s beautiful harbor, a pocket square of cobalt blue bobbing with sailboats, a veritable mess of masts.

And then, that famous light. There it was, gleaming off buildings, shimmering on the water, radiant, luminous. The impressionists tried to capture it with paint. I tried with my camera. I didn’t succeed, but instead of feeling like a failure I was left wanting to try again and again and…This light creates a need in the viewer to attempt to memorialize it.

The impressionists painted not just light, but the feeling of light, the emotions and nuances of light; the glow of a pale pink water lily,  light dancing off wet cobblestones after a soaking rain, hard winter sun in a grey sky reflecting off a second story window, and, of course, they painted Honfleur in all its shimmering, joyful beauty.

We joined the throngs on the harbor for a nice lunch of salad and apple cider which was served in a wine glass and then just…wandered. We do that a lot. My husband loves architecture so we spent quite a bit of time examining beautiful half-timbered buildings and the unusual wooden church in town.

Honfleur has a sea-going past. It’s people were fishermen and mariners and explorers. We visited the maritime museum which is located in a church whose ceiling is basically the upside down hull of a ship. The museum of culture and ethnography gives an interesting perspective of what life was like for people from various walks of life, prisoners, women waiting on their sea-going men to return, gentry, servants, government officials. It provided a nice overview of a time long ago.

We climbed up a sharply ascending road and then a very steep trail to an overlook. Upon arriving we realized that we could have driven. The walk was very steep. Huffing and puffing steep. My advice would be to drive. The view did not do the town justice, but we could see the Pont de Normandie and this was a bridge worth seeing. A huge, aggressively modern span with flowing cables that made an interesting juxtaposition with ancient little Honfleur.

Honfleur is a city that has remained intact since the middle ages. It escaped the ravages of time and weather as well as the bombs of WWII. It seems to have embraced its good fortune and surprising beauty and flung open its doors to the world, tempting us to be a part of its bubbling life and light, insisting that we take a seat on the harbor and have another glass of cider.

Thank you, Honfleur. I think I will.

I hope you enjoy Honfleur as much as we did!

You can also read about why we thought that the nearby town of Bayeux was the perfect place to base our stay in Normandy as well as our tour of the D Day Beaches and sites.

Learn more about our entire 2 week itinerary in France here.

Thanks for stopping by! 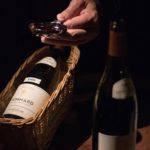 How to spend a rainy day in Beaune, France 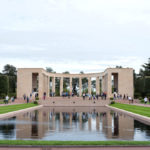