Chrome and Rust and Hope – The Classic Cuban Car

Classic American cars cruising past colorful, crumbling buildings…It’s the iconic picture of Havana, Cuba. They started out as American cars, but now they have become something different…classic Cuban Cars!

If you haven’t visited Cuba I assure you that the parade of old cars is even more fascinating in person than it appears in the photos, an oddly attractive and compelling scene.

As a visitor you can hardly believe what you are seeing. You walk down any Havana street and find yourself stupefied at a stoplight as an entire line of classic cars go by. These are vehicles that would captivate crowds in the States, but not here. There you are, hypnotized, while the locals go about their business as if this is no big deal. You try to behave, but can’t shake the fascination. You grin as another old Chevy cruises by and constantly grab your camera to take just one more photo of a gas guzzling red, white, and chrome convertible.

We traveled to Cuba with Access Culinary Trips and seeing these cars felt like a gift every moment of our visit.

We toured Cuba in a classic car. According to our guide there are approximately 60,000 of these vehicles still on the roads of the island. Some have recently been pulled out of abandonment, refurbished, and put back on the streets to take advantage of the country’s current accessibility to American tourists.

All of the tourists, especially the newly visiting Americans, love them. Selfie stick wielding sightseers riding through downtown Havana in a classic convertible has become as commonplace as an old cliche.

Did you really visit Cuba if you didn’t ride in a classic Cuban car?

Popular as they may be these cars are not only on the roads to make an interesting photo-op for tourists.

The Cuban people drive classic cars not out of nostalgia, but out of necessity.

In the 1950s Cuba was a vacation destination for wealthy American. In addition, a thriving Cuban population located only 60 miles from the United States had caused Cuba to become the largest foreign market for American cars.

And what cars they were! Manufacturers of this period created unique designs inspired by the fighter jets of WWII. It was a time when outer space was becoming a national obsession. These large, sleek, vehicles with fins and chrome and soaring lines represented not only this burgeoning aesthetic, but also the hope of a nation that believed it was looking toward a peaceful future of growth and exploration.

When Castro took over in 1959 the American people left Cuba, but their cars did not. Immediately after the new regime came to power they made it illegal for the Cuban people to buy or import a foreign car or foreign car parts. Over the next few months the US trade embargo tightened to the point where nothing from the United States could legally go in or out of the country. Only a select few, usually government officials, received permits to buy or sell cars.

I’m sure that the governments involved had no concept that their lines in the sand would create a rolling, open-air car museum, but that is exactly what happened.

Out of necessity the Cubans kept and continue to keep their classic cars running. These aren’t vehicles to be driven only during beautiful weather or on special occasions. They aren’t brought out of safe-keeping to participate in a parade.

These classic cars in Cuba are working vehicles that provide a living and a better life for their owners. They represent a bit of freedom, not only the ability to easily get from place to place, but financial freedom. A Cuban medical doctor receives approximately $30 per month from the government. A person who owns a classic car and uses it as a taxi can earn about $60 in a day.

Our tour guide while we were in Cuba had been a physics professor, but quit because he was able to make much more money in the tourist industry. He works in tandem with his brother-in-law who owns a classic Cuban car.

Today there aren’t many cars per capita in Cuba, only 30 per 1,000 residents. Compare that to the US where there are over 800 cars per 1,000 residents. Since 2014 Cubans have finally been allowed to purchase new cars, but the government keeps such a tight hold on the imports that the cost is wildly prohibitive, especially since the average Cuban earns the equivalent of only about $20 per month!

For now new car ownership remains only a dream for most of the people.

Unfortunately, the public transportation system is also deficient for the mostly car-less population. When we drove outside of Havana onto the beautifully maintained freeways we shared the road with a few other cars as well as carts pulled by donkeys, people on horseback, people on bicycles and pedestrians.

Always in the shady spots under overpasses and trees were groups of hopeful folks waiting for a car. They weren’t hitchhiking. They held up money as we passed indicating that they would pay for a ride. There is an entire underground transportation economy.

These vehicles are not the pristine cars of an American collector’s dream and they are not maintained as vintage pieces. Their owners need them and drive them daily. Many of the cars have been passed down from generation to generation helping to keep their families from poverty.

I have heard them described them as Frankenstein vehicles, pieced together, a little ugly and gawky with their mix of rusting original pieces, pollution spewing diesel engines from Russia, fabricated floorboards, and peeling seat covers.

It is true that the farther away you get from the tourist centers the rougher the cars look and sound. It is also true that almost all of the classic cars in Cuba operate and are held together in a hodgepodge of ways. Parts are found, machined in local garages, cannibalized from other vehicles, traded and bartered, brought into the country by “mules.” Almost all the vehicles have been fabricated and retro-fitted to the point you can hardly tell what was original and what is not…but…they still run and they are still prized.

The fact that they are still on the roads and supporting their owners is a testimony to the ingenuity and ambition of the Cuban people.

I didn’t see them as a type of pieced together Frankenstein monster. I think they are more like a Galapagos turtle, forced to adapt and change in order to survive. They evolved and were uniquely created by their isolation on a small island and are even more beautiful because they still endure.

Through trials and hardships and generations in Cuba they have forged a new identity. What once were classic American cars have become entirely Cuban. Classic Cuban cars.

Christina Garcia in her book, Cars of Cuba, says, “The cars themselves have gone native in Cuba, thoroughly tropical, a little soft in the head from the heat. They’re like a bunch of deliriously happy Michigan retirees in paradise complete with daiquiris and tiny paper umbrellas.”

My favorite part of seeing the classic cars and hearing the stories of their owners was the realization that these vehicles are more than cars. They are representative of the Cuban people, resilient, strong, adaptable, hardworking, versatile…and lovely.

Check out this post for more of my thoughts about our visit to Cuba.

Thank you so much for stopping by and we love it when you pin! 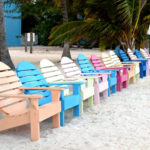 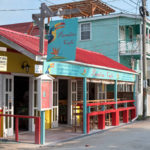 What to Wear in Texas: Packing Tips For a Texas Vacation