If color had a sound Fusterlandia would be a cacophony.

Visiting Jose Fuster’s dream come to life was an experience like no other I had while in Cuba. Fuster began his work in 1975 during a very turbulent period in Cuban history. Times were hard in post-Revolutionary Cuba and most people were thinking more about survival than art. According to our tour guide, Pototo, Fuster started his project as a way to bring joy to the people around him.

Fuster studied art in Havana and had traveled around Europe where he encountered many of the greats that would come to influence his work. He claims Gaudi and the Romanian sculptor Constantin Brancusi as having the most importance in forming not only his aesthetic, but also his desire to create art work for the public.

Fuster is sometimes called the “Picasso of the Caribbean.” You see the evidence of Picasso in the way Fuster’s mosaic faces disperse and distort, but Gaudi’s influence is even more obvious. However, this is not the sedate and pulled together gaudi of Parc Guell. Fuster’s work is wilder, more naive, more fly by the seat of the pants, and with a decidedly tropical, Caribbean flair.

He began by putting mosaics on every inch of his own studio in an impoverished village outside of Havana called Jaimanitas. Once he was finished with his own home he began to convince his neighbors to allow him to tile their homes. At first many of them were not happy with this development but when you visit Fusterlandia it becomes obvious that they eventually bought into Fuster’s vision.

The area is an now explosion of tiles covering about 80 homes and businesses, as well as bus stops, fountains, benches, and gates. A once simple neighborhood with simple homes has become a fantasy land covered in color and symbols and nature all created with broken tiles. Tourists and artists come from all over the world to experience the exuberance and joy that exude from Fuster’s art.

Fuster was born in a small fishing villages and evidence of his love for the ocean can be seen in his work. You will see fish, palm trees, crocodiles, and swooping curves that swirl above the ground like waves. You will also see evidence of Fuster’s love for his country. His art has references to Cuba and the daily lives of the Cuban people. Look for Cuban flags, the words Viva Cuba across chimneys, chickens, people playing dominoes, as well as depictions of the electric fans that are ubiquitous in a hot country with little air conditioning.

Fusterlandia is still growing. Fuster says that his goal is to create the biggest mural in the world. Sometimes the artist himself can be found working or he might come out to speak with the guests who stop by. Unfortunately we did not meet him the day that we visited.

There are no audio guides or tours of the property and it is free to enter though you might want to leave a donation or buy some of the artwork that is for sale to the public. Fuster’s studio area is typically open Wednesday through Sunday 9:30 – 4:00 but I would suggest that you double check the hours.

Even if the main section is closed you can still see a lot of the artwork simply by driving through the neighborhood. It is located about 20 minutes outside of Havana and although it can be reached by bus, taxi will be the easiest and quickest, albeit priciest, way to arrive. Just ask to go to Casa de Fuster.

Truly the written word cannot do justice to Fusterlandia and neither can photos. Just go! If at all possible you need to see it for yourself.

For more of our Cuba adventures check out:

Thanks for stopping by and we love it when you pin! 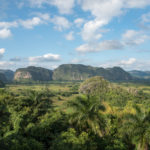 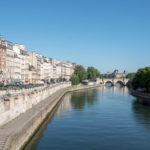 Best Things to do on Your First Trip to Paris