UPDATE: Obviously Covid-19 has changed our world and the airline industry is suffering right now. Airlines aren’t currently hiring flight attendants. In fact, they have had to furlough tens of thousands of flight crew…including me! This doesn’t mean you should give up on your dream to be a flight attendant. I truly believe the airline industry will eventually come back and one day travel demand will be stronger than ever.

My plan is to update this article as soon as airlines start hiring again.

How to Become a Flight Attendant

How I decided to apply for a flight attendant position

A few years ago, I was in a total rut in my life. I was in a job I didn’t love and dreaded going to, I had a college degree I wasn’t putting to use, had just moved back home, and overall was in a place in my life where I felt like, where in the world do I go from here?

Instead of doing anything about it though, I really just ran away from my problems and tried to fill my void with other, very practical, things like napping and eating large quantities of cheese dip. Honestly, even those two incredible things weren’t making me feel much better so I knew a change was in order.

Pursuing a career as a flight attendant was never on my radar before that fateful day Facebook popped up an ad telling me I should apply to become one. And when Facebook tells you to do something you do it, right? Right. Sometimes I think the internet knows me better than I know myself and I can’t decide if that’s creepy or cool.

Anyway, I went home and couldn’t stop thinking about the “join the friendly skies, become a flight attendant” ad I had seen.

I was friendly. I loved to travel. I thought their scarves were cute. Most importantly, I was ready to get the heck outta dodge. Seemed like a perfect fit.

The first thing you need to do is to find out which airlines are hiring.

At the time I began to apply all three major airlines were taking applications. Pre-covid most airlines would take applications once or twice a year. If you know someone who is a flight attendant they can keep you informed. There are also lists that you can put your name on to be informed of when airlines begin to hire.

I decided to apply to United Airlines, American Airlines, and Delta Airlines. Southwest is also an important airlines but they mostly fly within the US and I wanted more opportunities to fly overseas.

I’ll never forget the day I pushed “submit” on my application because that day honestly changed my life forever.

But before I could do that I had to work on and update one very important thing…my resume. I needed a new resume that was specifically written for a flight attendant position.

Even if the airlines aren’t hiring you can start preparing your flight attendant resume!

I google searched and tried to find YouTube videos with sample resumes for flight attendants, but I had a hard time finding anything. One thing I did read was that having a good cover letter was very important, and that it was okay to show some personality and spunk in your resume, so I took those two things and went from there.

Now that I have trapped you into reading this far, I will give you some knowledge that I think can help you make a great resume to get you through to the next application round, the video interview. I am also going to include the cover letter that I sent to Delta, United, and American Airlines in case you want to use it as a template!

This cover letter and along with my resume got me to the second step of the interview process with every one of those airlines!

Tips for a great resume that will get the attention of the airlines!

Include a cover letter.

This is where you get to brag on yourself a little and show some personality. Tell why you would be an amazing flight attendant. Perhaps you would be a great candidate for this job because of prior work experience or your friendly and helpful personality. In addition to talking about yourself tell what you can do for their company!

In order to help I am including my cover letter. Obviously you will want to write your own cover letter that represents YOU and what you can offer the airline that you are applying for!

Don’t forget to personalize your cover letter for the particular airline that you are applying for. I rewrote this for United and American as I applied to all three.

The most important thing that the airlines are looking for when they scan your resume is experience in customer service. Airlines are looking for candidates who can handle an array of passengers and situations that may occur in flight. Be sure and include everything and anything that you might have done that involved working with the public. Be specific with ways that you have helped people in your previous jobs.

Include anything that you have done that is safety related

Did you know that when you go to flight attendant training you spend approximately 6 weeks on safety and one day on service? It’s crazy, but true. If you are first aid certified, or CPR certified, or have any emergency health response training definitely include that. If you have any previous experience in any job that has to do with health and safety – definitely include that.

The ability to speak a second language – any second language – will give you a huge advantage when applying to be a flight attendant. They will test your language skills so don’t claim that you are fluent if you really aren’t!

Show who you are as a person

Allow the human being who will be looking at your resume be able to see a bit of your personality. For example instead of saying, “I was a manager for a retail store,” say something along the lines of “High energy leader at…” You want to give the facts of previous employment while also letting them see your great personality.

It is very important that you show in your resume that you know a bit about the company for which you are applying. Tell why you would love to work for that specific airline. Include something you know about them as a company to show you did your research and that you are specifically interested in them. You will want to customize your application slightly for each individual airline for which you apply so that they will know that you are able to represent their brand.

Stand out by going with a slightly non-traditional resume format

I am not sure if this helped in getting the job or not, but I decided to go with a non- traditional resume format. I think it is never a bad idea to do something to set you apart from the rest. I went to Etsy and typed in “blush colored resume template.” I spent about $10 on a template and I think it was totally worth not having to do it all myself.

As much as I’ve talked about standing out you probably won’t want to take that too far. You can be both personal and professional! Make sure you walk that line well.

Don’t use a resume that you had previously used for other types of jobs.

If you already have an old resume you have been using for jobs, make sure to redo it so that it is a resume specifically to fit the flight attendant position. Everything I put into my resume I made sure would be applicable to what they were looking for.

This is something very small, but adds a nice personal touch to your resume. As you can see below I did my signature on a blank piece of paper, took a photo of it on my iPhone and then cut, copy and pasted it into my cover letter. Then it feels more like a real person beyond just words on a page!

After you have prepared your flight attendant resume

If the airlines are hiring you will fill out an online application. This will include some general questions that they ask as well as a personality test. Then finally, you will be given an opportunity to upload your revamped resume to become a flight attendant!

This can be a long process y’all. You could hear back quickly or it could be weeks. Be patient and don’t quit your day job.

If you make it through the application process you will be asked to do an online interview.

If you don’t make it through to the online interview the first time after applying…try, try, again.

I know people who applied multiple times before they got through to the second and subsequent rounds of hiring! When you want to become a flight attendant persistence does pay off!

If you have any more questions about the beginning of the flight attendant application process, or creating a resume I would love to answer them for you! You can email me at weariwandered@gmail.com, leave a comment below, or DM me on Instagram. 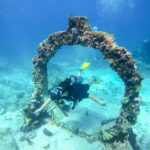 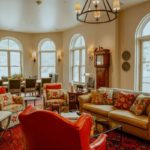 The Best Cabins for Rent in Ouray Colorado

How to Avoid Getting Airsick: Secrets From a Flight Attendant